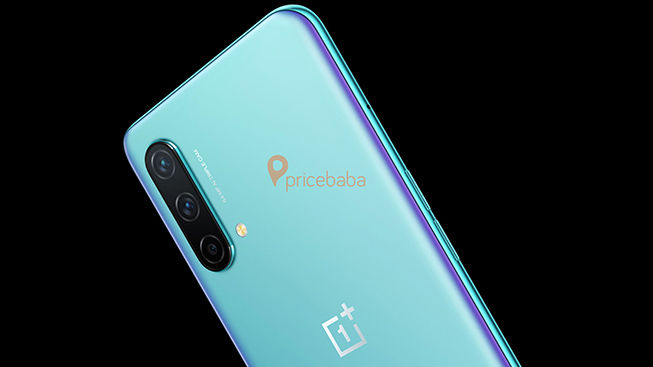 It’s no secret that OnePLus is set to launch the OnePlus Nord CE 5G in India later this week. Ahead of its launch, the phone has been teased a number of times and has also been the subject of a few leaks. And now, a new leak has also revealed the price of the device.

The information appears to have been leaked accidentally by the company, with pricing details of the OnePlus Nord CE 5G briefly available on the OnePlus website. The pricing details were first spotted by MySmartPrice. In its report, the publication claims to have found information about an HDFC Bank offer on the official website which reveals discount offers on select OnePlus phones and TVs. Interestingly, the OnePlus Nord CE 5G was also listed there with a discount of Rs 1,000 on a minimum transaction price of Rs 22,999 — thereby giving us a hint that the OnePlus Nord CE 5G will be priced in India at Rs 22,999. This also falls in line with expectations that the smartphone will be cheaper than the original Nord launched at Rs 24,999.

Apart from this, PriceBaba has also leaked a new render of the device showing off the OnePlus Nord CE 5G’s design from the back. The render also shows off a vertical rear camera module which appears to be comprised of three camera sensors and an LED flash. The back of the phone also houses the OnePlus logo which is placed in the centre. The renders also show the phone’s rear panel in blue colour – but we expect additional colours to also be announced at the time of launch. Overall, the design appears to be similar to the original Nord.

As per the previous leak, the OnePlus Nord CE 5G will feature a 6.43-inch AMOLED display with support for a 90Hz refresh rate. This display will also house a punch-hole and will also be equipped with an optical in-display fingerprint sensor. The Nord CE 5G is tipped to get a full plastic build, with the frame and the back panel, all tipped to be made up of plastic. Under the hood, it will hide an octa-core Snapdragon 750G SoC. This chip is not the newest in the market, but it still is quite powerful. The report adds that the smartphone will retail in two variants — 6GB RAM + 64GB storage, and 8GB RAM + 128GB storage options.

Other than this, the OnePlus Nord CE is also set to get a triple camera setup with a 64MP lens. The report adds that one of these sensors will be an OmniVision sensor. This lens will be sat next to an 8MP ultra-wide-angle lens, and a 2MP depth sensor. For the front camera, the phone is set to offer a 16MP lens.