How wearable AI could help you recover from covid 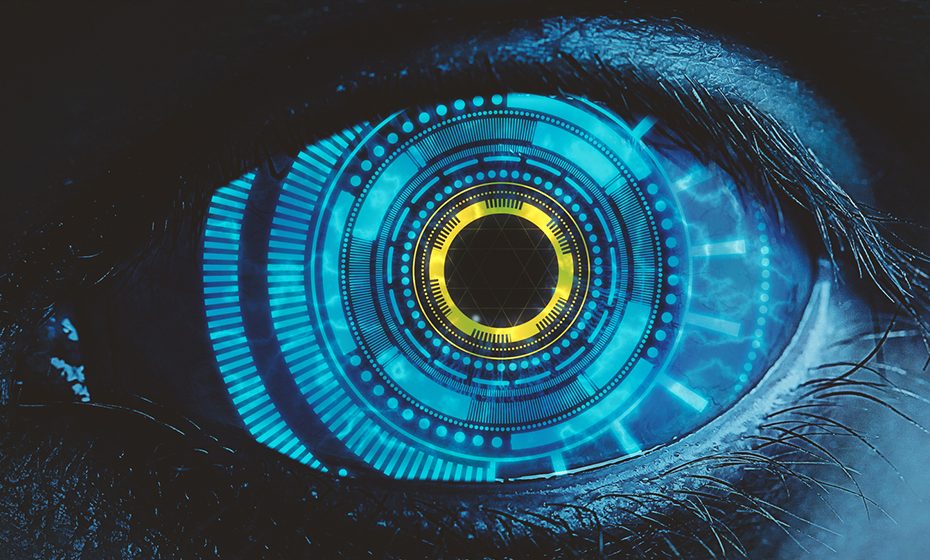 It was almost one year ago in July. Mitchell—who turns 60 this June—tested positive for covid-19 at her job as a pharmacy technician at the University of Illinois Hospital in Chicago. She was sneezing, coughing, and feeling dizzy.

The hospital management offered her a choice. She could quarantine at a hotel, or she could recover and isolate at home, where her vital signs would be monitored around the clock through a sensor patch worn on her chest. Mitchell chose the patch and went home.

Two nights later, she woke up in a panic because she could not breathe. She was in the bedroom of her suburban Chicago house, and thought a shower might help.

“By the time I got from my bed to the washroom, I was saturated in sweat,” she says. “I had to sit down and catch my breath. I was dizzy. I could barely talk.”

That is when “the call” happened. Clinicians at the University of Illinois Hospital were using sensors like the one Mitchell was wearing to remotely monitor her and hundreds of other patients and employees who were recovering from covid-19 at home. They saw Mitchell’s situation worsen and called. “I was sitting in the bathroom literally holding on to the sink when my phone rang,” she says. The medics told her she needed to see a doctor right away.

Mitchell was not sure. She did not want to disturb her family sleeping downstairs, and calling an ambulance seemed too extreme. But in the morning, she got a second call from her doctors, who said: Get to a hospital now or we will call an ambulance for you.

Mitchell asked her husband—who’d had covid-19 several months earlier— to drive her to Northwestern Memorial in Chicago, where she was quickly admitted and told that her oxygen levels were dangerously low. She says her condition at home changed so quickly—from very mild symptoms to serious respiratory problems—that she didn’t even realize she was in crisis. But by the time of the second call, she says, “I recognized I [was] in trouble and needed help.”  She remained in the hospital for almost a week.

The pilot program that helped Mitchell is a part of a study conducted by the University of Illinois Health system and digital-medicine startup PhysIQ and funded by the National Institutes of Health. It is one important test of a new way for covid-19 patients to receive care outside hospital settings. Monitoring the progress of people recovering from the disease remains a challenge because their symptoms can turn life-threatening so quickly. Some hospitals and health systems have dramatically scaled up the use of wearables and other mobile health technologies to remotely observe their vital signs around the clock.

The Illinois program gives people recovering from covid-19 a take-home kit that includes a pulse oximeter, a disposable Bluetooth-enabled sensor patch, and a paired smartphone. The software takes data from the wearable patch and uses machine learning to develop a profile of each person’s vital signs. The monitoring system alerts clinicians remotely when a patient’s vitals— such as heart rate—shift away from their usual levels.

Typically, patients recovering from covid might get sent home with a pulse oximeter. PhysIQ’s developers say their system is much more sensitive because it uses AI to understand each patient’s body, and its creators claim it is much more likely to anticipate important changes.

“It’s an enormous benefit,” says Terry Vanden Hoek, the chief medical officer and head of emergency medicine at University of Illinois Health, which is hosting the pilot. Working with covid cases is hard, he says: “When you work in the emergency department it’s sad to see patients who waited too long to come in for help.  They would require intensive care on a ventilator. You couldn’t help but ask, ‘If we could have warned them four days before, could we have prevented all this?’”

Like Angela Mitchell, most of the study participants are African-American. Another large group are Latino. Many are also living with risk factors such as diabetes, obesity, hypertension, or lung conditions that can complicate covid-19 recovery. Mitchell, for example, has diabetes, hypertension, and asthma.

African-American and Latino communities have been hardest hit by the pandemic in Chicago and across the country. Many are essential workers or live in high-density, multigenerational housing.

For example, there are 11 people in Mitchell’s house, including her husband, three daughters, and six grandchildren. “I do everything with my family. We even share covid-19 together!” she says with a laugh. Two of her daughters tested positive in March 2020, followed by her husband, before Mitchell herself.

Although African-Americans are only 30% of Chicago’s population, they made up about 70% of the city’s earliest covid-19 cases. That percentage has declined, but African-Americans recovering from covid-19 still die at rates two to three times those for whites, and vaccination drives have been less successful at reaching this community. The PhysIQ system could help improve survival rates, the study’s researchers say, by sending patients to the ER before it’s too late, just as they did with Mitchell.

PhysIQ founder Gary Conkright has previous experience with remote monitoring, but not in people. In the mid-1990s, he developed an early artificial-intelligence startup called Smart Signal with the University of Chicago. The company used machine learning to remotely monitor the performance of equipment in jet engines and nuclear power plants.

“Our technology is very good at detecting subtle changes that are the earliest predictors of a problem,” says Conkright. “We detected problems in jet engines before GE, Pratt & Whitney, and Rolls-Royce because we developed a personalized model for each engine.”

Smart Signal was acquired by General Electric, but Conkright retained the right to apply the algorithm to the human body. At that time, his mother was experiencing COPD and was rushed to intensive care several times, he said. The entrepreneur wondered if he could remotely monitor her recovery by adapting his existing AI system. The result: PhysIQ and the algorithms now used to monitor people with heart disease, COPD, and covid-19.

Its power, Conkright says, lies in its ability to create a unique “baseline” for each patient—a snapshot of that person’s norm—and then detect exceedingly small changes that might cause concern.

The algorithms need only about 36 hours to create a profile for each person.

The system gets to know “how you are looking in your everyday life,” says Vanden Hoek. “You may be breathing faster, your activity level is falling, or your heart rate is different than the baseline. The advanced practice provider can look at those alerts and decide to call that person to check in. If there are concerns”—such as potential heart or respiratory failure, he says—“they can be referred to a physician or even urgent care or the emergency department.”

In the pilot, clinicians monitor the data streams around the clock. The system alerts medical staff when the participants’ condition changes even slightly—for example, if their heart rate is different from what it normally is at that time of day.

The machine-learning model was trained with data from people enrolled in the study’s first phase. About 500 discharged patients and staff members were monitored at home last year. The researchers expected about 5% of that group to develop episodes that would require treatment. The number was actually about 10%.

So far, the US Food and Drug Administration has approved five of the company’s algorithms, including a heart failure prediction model developed for the Department of Veterans Affairs.

The promise and peril of wearables

The Chicago-based partnership is one in a growing number of attempts to train AI embedded in wearable devices to diagnose and monitor covid cases.  Fitbit, for example, has made progress with an early detection tool: its algorithm detected about 50% of cases at least one day before visible symptoms developed. The US Army is also conducting a nationwide pilot program through its Virtual Medical Center. Its system, much like the Illinois trial, involves continuously monitoring patients’ vital signs through a wearable patch.

The Chicago-based program will continue throughout the year, and participants are now being recruited from several local hospitals in addition to UI Health, bringing the total to about 1,700.

Although it’s an important measure for Black and Latino communities in the city, some experts warn that it’s important to remain cautious when it comes to wearables—particularly because AI has been used to perpetuate discrimination. Black and Latino communities haven’t always benefited from technological advances, and they’ve experienced racial bias in AI medicine, whether from hospital screening systems that are less likely to identify the severity of their health needs or early decisions to locate covid-19 testing centers outside Black neighborhoods.

“There isn’t enough mobile health research being done exclusively with African-Americans,” says Delores C.S. James, an associate professor of health at the University of Florida, whose research focuses on digital health disparities. (She is not involved in the Chicago study.) “There is a unique opportunity given the high ownership of smartphones and social media engagement,” she says. “And let us keep in mind the high rate of health disparities and poor health outcomes. We must be included.”

Mitchell says she is pleased that marginalized communities are targeted to benefit from the AI tool. “This device is being utilized in communities that are deprived of these opportunities,” she says. “This can help everyone.”

Today, she remains optimistic, even though she is still struggling with the impact of covid on her health as one of the estimated 3 million Americans who are considered “long tail” survivors. She didn’t return to work for almost five months, and currently she’s in cardiac rehab to help improve her breathing and talking. A recent study shows that long-term survivors are at higher risk of death, have more complications throughout the body, and will become a “massive health burden” as their symptoms continue.

Still, Mitchell says, the sensor made the difference between long-term problems and paying a much higher price.

“I owe my life to this monitoring system,” she says.

This story is part of the Pandemic Technology Project, supported by The Rockefeller Foundation.