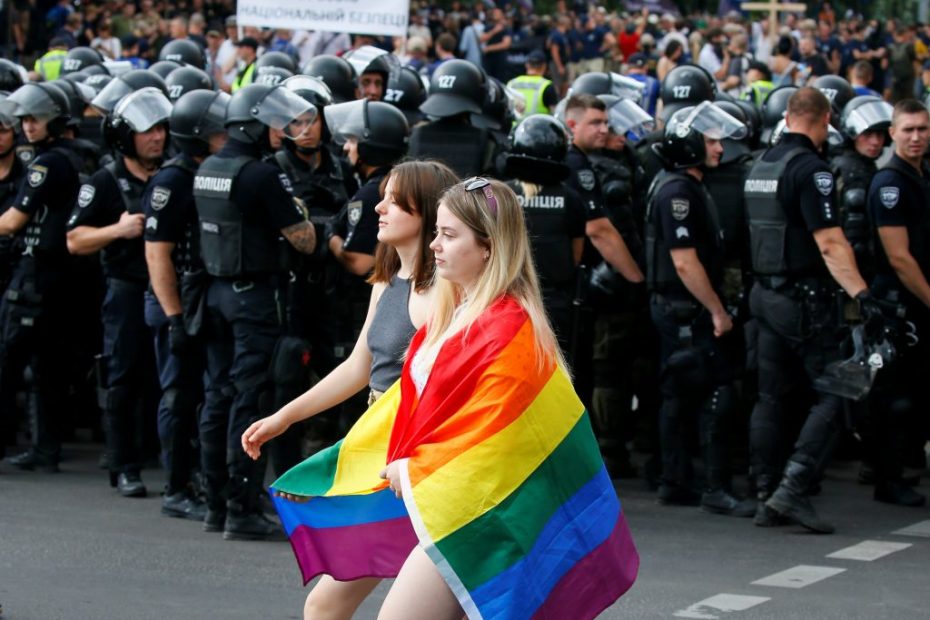 This year marks the 51st anniversary of the celebration of PRIDE month in the U.S. There’s a lot for the LGBTQ community to celebrate in 2021, just one year after PRIDE parades and celebrations were cancelled in 2020 as a result of the pandemic. The strength and size of the community is more visible than ever. For the first time in 2019, the U.S. Census Bureau’s America’s Families and Living Arrangements included estimates of same-sex households, showing 543,000 same-sex married households, and a Gallup study recently noted that LGBT identification has risen to 5.6%.

As the LGBTQ community has grown its footprint, there is no doubt that digital connectivity is perhaps the single most influential factor in the advancement of the LGBTQ community. It has reduced isolation, created safe spaces for self-expression, offered opportunities to connect a disparate community and has provided easy access to educational resources and curated content. Technology has also given the community a place to be seen authentically. From television and streaming services to podcasts and music services, the development of and access to LGBTQ content and talent have increased exponentially.

Digital connectivity has nurtured a community that is tech-savvy with a proclivity toward digital engagement. As a result, video streaming has surfaced as an important content consumption vehicle alive with bespoke content. While streaming is part of everyday life for all Americans, 85% of LBGTQ people report that they have used a video streaming service in the last 30 days, compared with 74% for the general population. Among those services, YouTube is a streaming staple, among LGBTQ audiences, whose usage of this platform outpaces general audiences by 34%.

For LGBTQ people, sexual orientation discrimination and religious persecution is still a concern in many parts of the world. Social media channels have empowered the community to organize and connect online, leading to heavy social media use when compared to the total population. Flexing their social muscle within online communities, more than 40% spend 3 or more hours per day on social media and are 44% more likely to have spent 5+ hours a day on social media. The Queer community is further driving culture as content creators. This community is 30% more likely to have used Snapchat, Instagram and Twitter in the last month than the general population. Given the reach and power of these platforms, the industry as well as advocacy organizations have acted to ensure that social media platforms are safe spaces for inclusive content and dialogue. Earlier this year, GLAAD launched the Social Media Safety Index, encouraging the industry to fight the anti-LGBTQ hate speech and misinformation so prevalent in the social media landscape.

As the community expands its footprint in social content development, curated theatrical and episodic content is the next frontier in the march for equality. Representation in movies, television shows, and ads can help fight bias where too often stories are centered around violence toward the LGBTQ community or a stereotypical portrayal. The fact is, LGBTQ storylines and characters have grown in on-screen presence over the years, but only recently have we seen an increase in representation of this identity group at the talent level. Gracenote Inclusion Analytics data showed that 26% of the top 300 programs in 2019 had representation of individual cast members who self-identify as LGBTQ. That number has increased to 29% in 2020—a small shift in the right direction. Equally important are the platforms where visibility occurs. LGBTQ stories and talent are becoming more easy to find across the television landscape.

By platform, in 2020, Gracenote Inclusion Analytics data reveals that broadcast television and subscription video-on-demand (SVOD) had the most representation of queer talent (7%), followed by cable (6%). With the highest representation of queer talent, SVOD super-serves audiences with meaningful content that resonates, making it easier for Queer audiences to find relevant programming. This increase in representation indicates more opportunity for LGBTQ talent and more openness among the industry and audiences embracing diverse storytelling.

Early this year, when the House of Representatives passed the amendment to the Equality Act,  it would not only expand discrimination protections, but also support public dialogue about LGBTQ people’s lived experiences and how they are reflected and included in content. From the inclusion of authentic storylines in mainstream romance genres, to increasing transgender and nonbinary visibility, civil rights dialogue has opened the door for narratives—shaping not only what stories are told but how they end, and whether or not that includes marriage or family.

Defining gender and sexual identities and fighting the erasure of those identities, LGBTQ people and allies have worked to accelerate acceptance. This PRIDE month is a reminder to support and celebrate a community who is proud and present.

For more details about LGBTQ audiences and families, as well as their viewing behaviors, download our complete report.