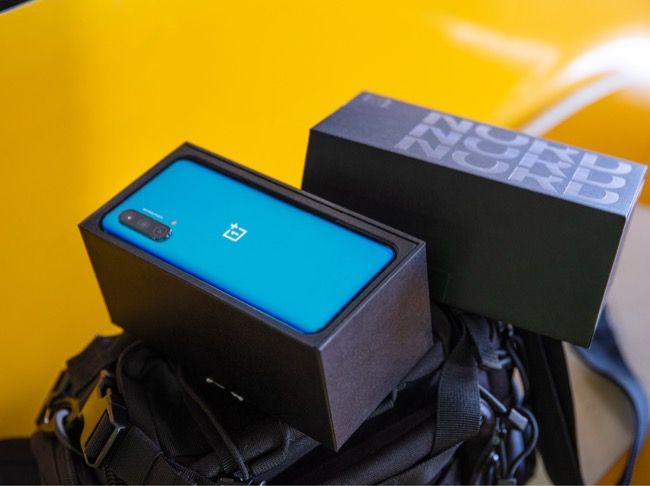 OnePlus recently launched the Nord CE 5G, and the phone has already started receiving its first software update. The latest update rolling out to users in India is the OxygenOS 11.0.2.2EB13DA update that is quite lightweight in size. The new OnePlus Nord CE update brings a number of new features and also comes with the May 2021 Android security patch.

There are also other tweaks that are introduced with the update. These include improved colour accuracy for the display and also fixes to the camera software. As OnePlus explains, the latter involves improvements to the portrait photography of the selfie camera. As for the rear camera, the update brings camera improvements in white balance consistency and a promise of overall improved image detail. Apart from this, the update also fixes a number of other bugs to improve the overall experience of using the phone.

Talking about the phone, the Nord CE 5G from OnePlus brings with itself a lot to like, including a 64MP triple camera set-up,  90 Hz fluid AMOLED display, a Snapdragon 750G 5G processor, and Warp Charge 30T Plus fast charging. Along with this, the phone also brings OnePlus’s latest OxygenOS 11.

Nord CE is powered by a Qualcomm Snapdragon 750G 5G chipset which promises a 20% CPU and 10% GPU boost over its predecessor. This is down to the fact that it uses Kryo 570 CPU and Adreno 619 GPU. It also packs in an advanced AI Engine that promises to provide users with an incredibly smooth and intuitive experience, from enhanced gaming to improved voice-chat.

Nord CE comes pre-installed with OxygenOS 11, claimed to be OnePlus’s fastest and most responsive software to date. OxygenOS 11 comes with features like Dark Mode, Zen Mode, and a new always-on display (AOD). In addition, OOS 11 has been optimized for single-handed operations.OnePlus Nord CE 5G comes with a large 4,500mAh battery, with support for improved Warp Charge 30T Plus charging technology. The company claims the OnePlus Nord CE can charge from 0 to 70% in just half an hour. OnePlus Nord CE also adapts to reduce the time spent at 100% battery to maintain good battery health while charging overnight.