The Samsung Galaxy Tab S7 FE is priced starting at Rs 46,999 for the base 4GB+64GB variant and Rs 50,999 for the 6GB+128GB option. Samsung is offering upto Rs 4,000 discount for HDFC Debit and Credit cardholders and Rs 10,000 off on the keyboard cover. The Galaxy Tab S7 FE goes on sale from June 23 across major offline and online stores in India.

The Galaxy Tab S7 FE has a unibody design that measures 6.3 millimetres in thickness and weighs 608 grams. The Tab S7 FE is being offered in four colours- Mystic Black, Mystic Silver Mystic Green and Mystic Pink. The tablet supports the S Pen stylus that is provided in the box. It features a 12.4-inch Full HD+ (2560×1600 pixels) resolution display with narrow bezels on the sides that give it a 16:10 aspect ratio.

The Tab S7 FE is powered by the Qualcomm Snapdragon 750G processor with an octa-core CPU and Adreno 619 GPU. This is paired with upto 6GB RAM and 128GB storage with the tablet running on Android 11 based One UI 3.1. There is an option to add a microSD card of upto 1TB.

There is an 8MP camera on the back and a 5MP camera on the front for selfies. The Tab S7 FE is also equipped with dual stereo speakers that have been tuned by AKG. It is also compatible with Samsung DeX.

The Galaxy Tab S7 FE is equipped with a 10,090mAh battery that supports 45W fast charging but the charger is sold separately. 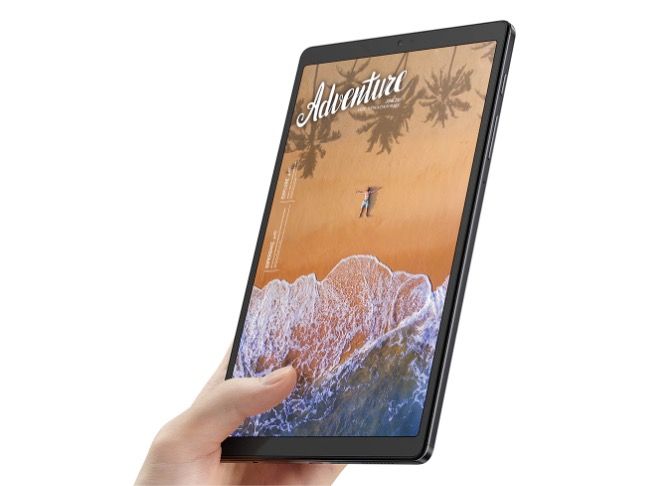 The Samsung Galaxy Tab A7 Lite has also launched in India featuring an 8.7-inch HD+ display that offers a 1340×800 pixels resolution with wide bezels on the top and the bottom. This tablet has a metal frame measuring 8 millimetres in thickness and weighs 366 grams. It is being offered in two colours- Gray and Silver.

The Tab A7 Lite is powered by the MediaTek Helio P22T processor with an octa-core CPU. This is paired with upto 4GB RAM and upto 64GB storage options to choose from. There is an option to add a microSD card of upto 1TB as well. It runs on Android 11 based One UI 3.1.

There is an 8MP camera on the back and a 2MP front-facing camera. The Tab A7 Lite has stereo speakers along with a headphone jack.

Samsung has equipped the Tab A7 Lite with a 5,100mAh battery that supports 15W fast charging out-of-the-box.

The Samsung Galaxy A7 Lite is priced starting at Rs 11,999 for the WiFi model and Rs 14,999 for the LTE variant. It goes on sale from June 23 in major online and offline retail stores across India.