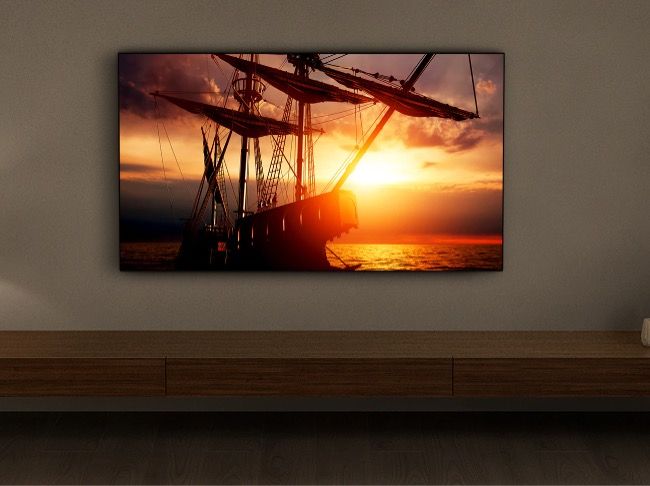 The Sony Bravia XR A80J 65-inch 4K UHD TV has officially launched in India and is the first smart television of its kind to be powered by the Bravia XR cognitive processor. The Bravia XR A80J offers premium features such as Dolby Vision and Atmos along with support for Acoustic Surface Audio+, 4K HDR 120FPS and a dedicated gaming mode.

The new Bravia XR cognitive processor divides the screen into numerous zones and analyzes colour, contrast and details at once and every element is adjusted to the best value. This is something that traditional AIs cannot achieve as they detect and analyze elements individually. This translates into features such as the XR OLED contrast, XR Triluminos Pro, XR Motion Clarity, XR Sound Position technology and more.

The Sony Bravia XR-65A80J is priced at Rs 2,99,990 in India and will be available to purchase from June 18 across Sony Centres, major offline and online stores across India.

Sony also plans to launch a 77-inch and 55-inch model of the Bravia XR A80J in India soon. The Pricing and availability details of these two will be revealed at the time of launch.

The Sony Bravia XR A80J features a 65-inch 4K (3840×2160 pixels) UHD OLED display. It is powered by the Bravia XR cognitive processor with features such as support for HDR10, HLG and Dolby Vision playback. This smart TV can do 4K upscaling and has a dedicated Netflix calibrated mode. There is a light sensor that automatically adjusts the picture brightness according to the ambient lighting conditions to provide a better visual experience.

This Bravia XR A80J smart TV has two actuators and two subwoofers that make up the Acoustic Surface Audio+ speaker with support for Dolby Audio, Atmos and DTS Digital Surround. It is powered by Android TV and has 16GB of built-in memory.