Samsung Galaxy M22 to get 25W charging support, but theres a catch 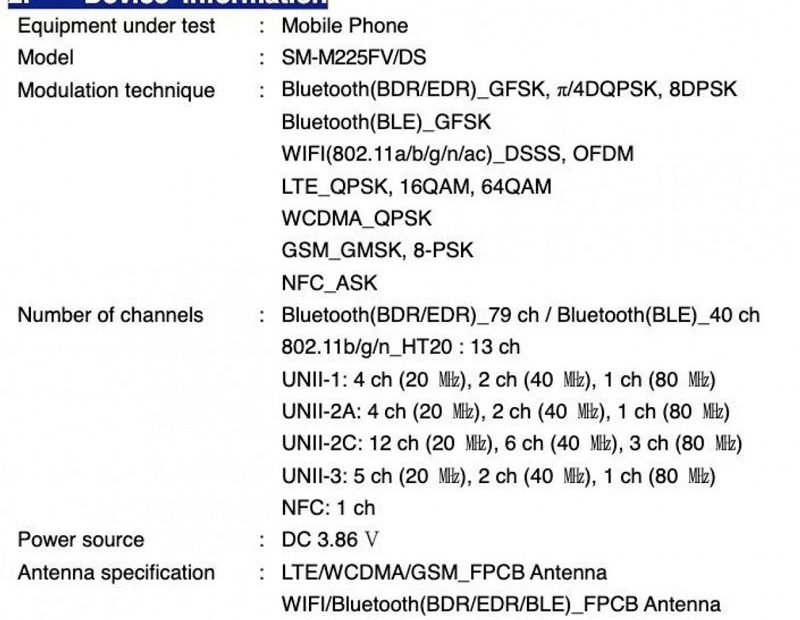 The upcoming Samsung Galaxy M22 has shown up on the FCC certification website revealing a few more details and connectivity options. One interesting bit is that the Galaxy M22 will support 25W fast charging and that’s always welcome on a budget Samsung phone.

However, according to the listing, the phone will ship only with a 15W charger in the box. This is acceptable since the Galaxy M22 is expected to be a budget offering, and users will at least have an option to buy a 25W USB PD charger from any brand separately.

Samsung has always been very conservative with fast charging on its phones. Baring a few pricey tier-1 flagships in the past that supported 45W fast charging, the most it offers is 25W, even for its high-end phones. Of those that still ship with a charger, only a few get 25W charging adaptors and the remaining ones make do with 15W adaptive fast charging – which is barely fast going by the 2021 standards.

This isn’t the first time that we are seeing 25W charging on affordable and mid-range Samsung phone. In fact, phones like Galaxy M31s, Galaxy M51, and Galaxy A72 also bundled a 25W charger in the box in India.

Going by the rumours and leaks that have surfaced so far, the Galaxy M22 is expected to sport a 6.4-inch Super AMOLED display with HD+ resolution and 90Hz refresh rate, and include a side-mounted fingerprint reader. The handset will allegedly be powered by MediaTek Helio G80 paired with up to 6GB RAM and up to 128GB of internal storage.

The primary rear camera is expected to be a 48MP sensor with optical image stabilization. On the front, the Galaxy M22 will reportedly sport a 13MP selfie sensor. The software is likely to be OneUI 3.1 based on Android 11. The phone could feature a 6000mAh battery as well.